← back to
Low Key Source
Get fresh music recommendations delivered to your inbox every Friday.
We've updated our Terms of Use. You can review the changes here.

Escape From The Savage 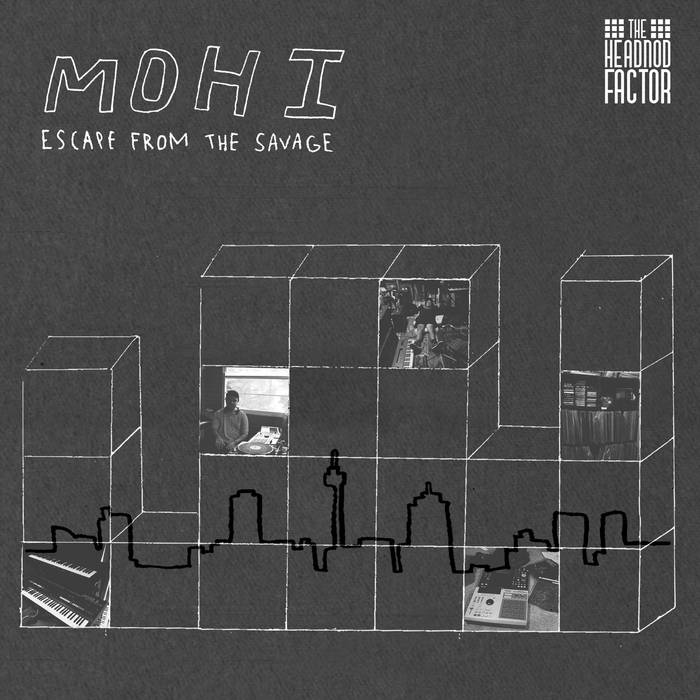 Low Key Source is proud to announce it’s 2nd release in their “The Headnod Factor” series kicking off 2017. Sydney based producer, Mohi, has an expansive music knowledge akin to traditional beatmakers obsessed with Jazz and obscure genres, explored in ways deep music heads do - through hours of digging whether online or in a record store.

Producer, drummer, beatmaker and multi-instrumentalist Moses MacRae aka Mohi hails from a family of acclaimed musicians. Son to New Zealand’s infamous David MacRrae and Joy Yates, and brother of Australian pop singer Jade MacRae, it was from his parents that Mohi developed his vast musical depth and knowledge.

From a young age, he began playing the saxophone but soon gave up after discovering his passion for drums. Along with an eclectic range of musical influences, Mohi developed a great fondness for hip hop and sample based music. At the age of 10, Mohi began experimenting with an MPC 2500 and turntables; sampling, recording and building his repertoire ever since.

In 2016, Mohi released his debut beat tape Lawn Scorpio producing a sound reminiscent of 90’s sample based MF Doom, Madlib and Karriem Riggins influences; yet with his own signature sound.

If you’re into Shadow, Madlib, MF Doom or Dilla, be sure to check out “Escape The Savage”out on January 20th. Expect more from this mpc assassin as he gears up for a more front of stage appearance representing his eclectic production and performance skills.

Bandcamp Daily  your guide to the world of Bandcamp

Semiratruth joins the show to discuss their latest release, "loading..".